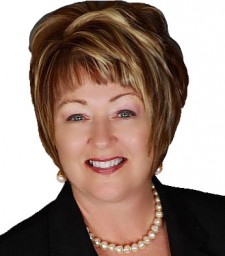 Utica, Illinois, May 11, 2016 (Newswire.com) - ​Sally Rutledge-Ott, ACE, NFPC, regional director for the U.S. Women's Chamber of Commerce Illinois including the Chicago Suburbs and Eastern Iowa, is proud to announce the upcoming Central Illinois Women's Economic Summit. This event, co-hosted by the U.S. Women's Chamber of Commerce and State House Rep. Andy Skoog 76th District, will take place at Celebrations 150 in Utica, Illinois on Friday, June 10. At the Women's Economic Summit, attendees will hear from keynote speakers about the economic impact of women in business in Illinois, learn about new initiatives to assist the continued development of diversity in purchasing, and take part in a discussion about the priorities that women need to advance their economic growth.

“Women are an important economic force in America,” says regional director Sally Rutledge-Ott. “For more than two decades, women have led the growth in America's Gross Domestic Product, driven the creation of new businesses and jobs, moved into leadership roles and provided financially for our children and families. But, even with our sizable contributions to the American economy there is still work to be done to support our economic opportunities, independence, security, values and family's well-being.”

“In Illinois, women make up 61% of the labor force, with 39% in professional or managerial fields and 30.5% of all Illinois businesses are owned by a woman. However, 14% of women in the state live below the poverty line. I believe that is completely unacceptable,” Rutledge-Ott states. “Illinois can do better. Illinois must do better for the women business owners and voters. This economic summit brings everyone to the table to learn about the many resources available to achieve our women-led economy.”

The U.S. Women's Chamber of Commerce (USWCC) is the leading advocate for women on economic and leadership issues. As the economic leader for women, the USWCC creates opportunities, drives progress, advocates, and provides tools and solutions to support the economic growth of women across America. The USWCC ( http://www.uswcc.org/ ) is a not-for-profit 501(c)6 organization founded in 2001 with over 500,000 members; its headquarters offices are located in Washington, D.C. Contact the USWCC at 888-418-7922.